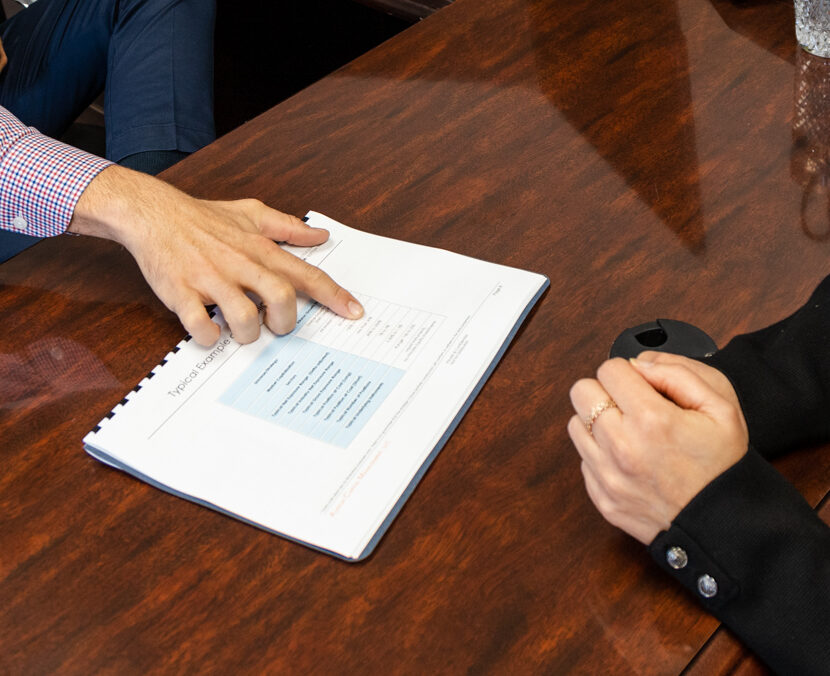 Inflation and What it Means To Investors

Wall Street – and Main Street – has clearly become concerned about inflation and whether it will actually be “transitory” as the Fed believes, spiking then moderating as pent up demand works its way through the system and supply constraints ease, or a more persistent condition. Whether transitory or permanent, inflation is clearly back. For example the Producer Price Index, which many investors and economists believe is a better measure of inflation than CPI, in May rose at an annualized pace of 6.6% over the previous 12 months, the fastest increase in 11 years. To be fair last May was probably not a fair starting reference point because of the pandemic but, regardless, 6.6% is still a very large number. Perhaps even more meaningful, in May PPI rose .8% versus a consensus estimate of .5% and in April PPI was up .9%.

Traditionally, during periods of high inflation, assets such as gold, inflation adjusted Treasury bonds, real estate, banks and commodities have performed well. Many people believe that crypto now also belongs on that list as fiat currencies such as the dollar, yen, euro, etc. are expected to decline in value due to central banks printing vast amounts of money. Interestingly, while this argument seems to make sense, the capital markets are telling us another story. Commodity prices, after rising for several months, have corrected significantly in the past few weeks while the yield on the benchmark 10 year Treasury has actually declined rather than risen as one would normally expect. Pricing for inflation adjusted Treasuries, or TIPS, continue to reflect modest inflation expectations over the next few years. None of these developments is consistent with a rising inflation thesis.

From a historical perspective, the last time investors became concerned about inflation was a decade ago following the Financial Crisis when the Fed cut interest rates to zero and embarked on “quantitative easing”, or bond buying, to inject liquidity into the financial system. To many people’s surprise, the inflation that was anticipated from all this “extra” money being printed never materialized. The reason for this, in our view, is that while investors were focusing on the significant increase in the monetary base and money supply, they ignored what those extra dollars actually meant in the way of spending, borrowing and investing. In economic terms this is referred to as the “velocity of money”, meaning how rapidly dollars circulate and recirculate throughout the economy. With these excess dollars sitting in bank reserves rather than being invested, borrowed and spent, there were no inflationary pressures to speak of, hence no meaningful inflation. After all the classic definition of inflation is “too many dollars chasing too few goods” and that just didn’t happen from 2009 through 2019.

Let’s jump to 2020 and the pandemic. This time, rather than the monetary base increasing dramatically via traditional means, massive and unprecedented monetary and fiscal stimulus from the Fed and from Washington dramatically increased M2, which is currency held by the public plus checking, savings and money market accounts. In just a few months this sum increased from $15 trillion to $20 trillion, a staggering increase. Much of this explosion in liquidity was provided directly to businesses and consumers via stimulus checks, enhanced and extended unemployment benefits, PPP loans, etc. In addition, the personal savings rate in 2020 rose from 3% to 13% as people curtailed spending and hoarded cash due to uncertainty regarding the duration of the business shutdowns and how long it would take for vaccines to become available. All of this additional liquidity made directly available to consumers and corporations allowed consumers to “catch up” on spending in late 2020 and Q1 2021, spending that was not possible during the first three quarters of 2020. At the same time that demand has been surging, supply shortages for everything from food items, cars, lumber, microchips, etc. have allowed companies to charge more for their now scare products. This combination of massive liquidity, strong demand for goods and services and low inventories created the perfect storm for inflation. While some of this “excess demand” will likely moderate in future months as supply/demand imbalances unwind and government stimulus wanes, the reality is that higher wages and incomes are probably here to stay, resulting in increased demand for goods and services as the public should have the financial ability to buy and consume more goods and services. After all while Americans ALWAYS want to spend and consume more, we just don’t always have the financial ability to do so.

In summary, the fact that we are experiencing higher levels of inflation should not be surprising given that we’re also experiencing high levels of GDP growth following the severe decline in GDP last year due to the pandemic. Over the past decade the U.S. has had difficulty maintaining GDP growth above 2.0% to 2.5%, although we briefly achieved 3% growth after the Trump era tax cuts of 2017. Just as GDP waned in 2020 due to the pandemic shutdowns, it’s now rapidly accelerating but GDP growth at this pace can’t and won’t continue very long once monetary and fiscal stimulus is curtailed. From the monetary side, this will happen when the Fed finally begins to taper its bond purchases from the current level of $120 billon per month, which likely won’t be until 2022. The next step after tapering will be increasing short term interest rates, which the Fed has recently confirmed isn’t expected to happen until sometime in 2023 although that, of course, could always change. From the fiscal side, the successful passing in Congress of an Infrastructure bill would also boost spending and stimulate growth, as it always does, at least temporarily. On the other side of the coin, if the Biden Administration is successful in it’s effort to raise taxes on both corporations and high income individuals, this will likely be a headwind for economic growth.

How Bad Is Inflation For Stocks?

Contrary to what many believe, higher inflation doesn’t necessarily mean a bear market is lurking around the corner or that stocks will suffer greatly.

For example in the unique hyperinflationary period from 1973 through 1982, when inflation (e.g. CPI) averaged 8.74%, stocks (the S&P 500 total return, including dividends) produced an average annual return of 8.61%. While this outcome wasn’t exactly inspiring, it also wasn’t disastrous. For a longer term perspective, if we look at the 10 years following that time, 1983 through 1992, economic conditions normalized and investors did extremely well with CPI averaging 3.8% annually and stocks averaging an annual return of 16.67% (note: all CPI and equity return figures are simple averages and do not reflect compounding or time weighting).

Long story short – or at least less long – is this. If you own stocks for the long term, meaning at least 7 to 10 years, if you don’t get caught up in the crisis du jour (which today happens to be inflation) and if you stick to owning the highest quality companies in America, you’ll probably be just fine. Do your best to avoid the temptation to over-invest in gold or crypto or art or whatever other asset is being pitched as the “answer” to inflation, mostly by people who want to sell you those same assets. This isn’t meant to say that some of these investments won’t perform well during inflationary periods because they might; just own them in moderation and don’t use them to replace equities that have proven so useful in growing wealth and income over time. Last, never forget that equities are long term investments that have survived and thrived through just about any and every economic challenge – including inflation – but which are also highly volatile over short periods of time such as months, quarters or, in some cases, even years.

Last item, consider the following. For the past 30 years the S&P 500 index has produced an average annual compound return, including dividends, of approximately 10% , even while experiencing all of the following challenges:

Even though all of these events represented very real economic challenges and threats to American investors, during these 30 years (through 2019) the U.S. economy continued to grow; companies continued to innovate, improve and create; corporate earnings rose and stock prices reflected those higher earnings. Consider the following: while CPI increased 98% over the past three decades, the S&P 500 index grew 450% and dividend yields increased 365%.  That is true, meaningful wealth creation.

In summary while we expect to see inflation well above trendline into 2021 and possibly into 2022, we think it will eventually ease and probably average 2.5% to as much as 4.0% over the next few years. And even if that forecast is wrong, and it certainly might be, if inflation is higher than we and many others expect, as you can see above, that outcome doesn’t necessarily mean that stocks can’t or won’t perform fairly well. After all, inflation generally provides companies with the power and ability to raise prices which can lead to higher profits and earnings.

We hope this information was helpful and informative. Feel free to give any of us a call if you have any questions or would like to discuss this topic, any other topic of interest or your personal portfolio. As always, thank you for your trust, your confidence and your business.

Brought to you by the SWA Investment Committee.